Jeff Watts, the drummer they call “Tain,” spent his formative years with Wynton and Branford Marsalis, and his compositional skills now command equal attention, earning Watts a Guggenheim Fellowship in 2017.

Jeff initially majored in classical percussion at Pittsburgh’s Duquesne University, where he was primarily a timpanist, followed by enrollment at the Berklee School of Music. Jeff joined the Wynton Marsalis Quartet in 1981 and proceeded to win three Grammy Awards with the ensemble: Black Codes From The Underground, J Mood and Marsalis Standard Time. Watts left Wynton Marsalis in 1988. After working with George Benson, McCoy Tyner and Harry Connick. Jr. (winning Grammy for the When Harry Met Sally soundtrack) he joined the Branford Marsalis Quartet in 1989, winning Grammy’s for I Heard You Twice the First Time and Contemporary Jazz.

Along with explosive power, blinding speed and mastery of complex rhythms and time signatures, Watts brings a rare sense of elegance, tried-by-fire composure, and a gritty street funk to his music. His artistic ingenuity expresses itself in his incomparable technique, sweltering sense of swing, and an extraordinary ability to imbue his music with majestic grace and elegant repose. A true jazz innovator, Watts never fails to deliver the percussive magic that has been his trademark since his emergence on the contemporary jazz scene.

Jeff is a 2017 Guggenheim Fellow in the field of music Composition. 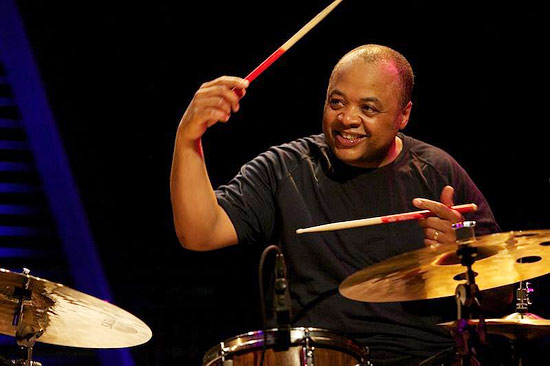