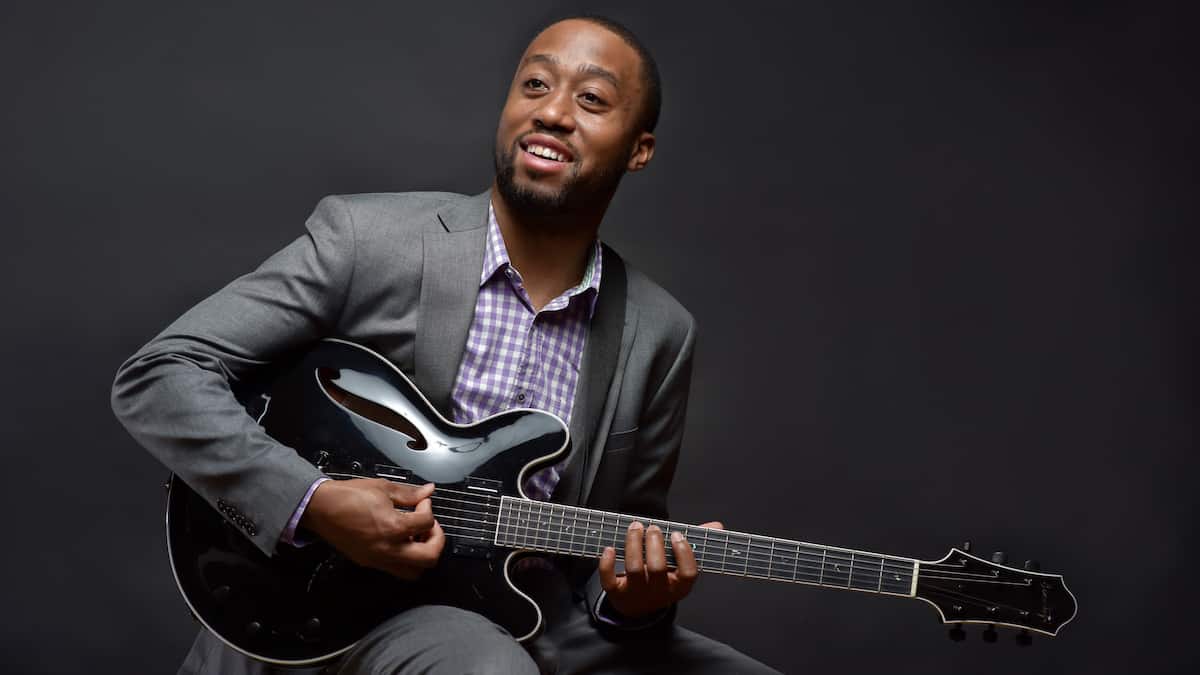 Growing up in Akron, Ohio, Dan Wilson spent the majority of his youth within the church community, where his musical path began. Traces of his major guitar influences – including Wes Montgomery, Charlie Christian, Joe Pass, and George Benson to name a few – can be discerned through his playing, but his musical identity has been shaped by everything from gospel and blues to traditional jazz, hip-hop and horn players like Sonny Rollins and Joe Henderson. After graduating from Hiram College, Wilson made his recording debut with pianist Joe McBride and performed to worldwide acclaim with Joey DeFrancesco and Christian McBride’s Tip City, eventually recording his debut as a leader “To Whom It May Concern.” McBride produced Wilson’s 2021 release “Vessels of Wood and Earth” for his imprint Brother Mister Productions through Mack Avenue Music Group. Dan is the recipient of the Letter One Rising Jazz Star Award.